The New England Patriots earned their fifth straight win with a 25-0 road victory over the Atlanta Falcons on Thursday night. Rookie quarterback Mac Jones threw for 207 yards, a touchdown and an interception to lead New England, which improved to 7-4. The Patriots also remained undefeated in road games at 5-0. Patriots linebacker Kyle Van Noy had a huge game with two sacks and a 35-yard interception return for a touchdown. Atlanta fell to 4-6 after its second straight loss. Matt Ryan threw for 153 yards and two interceptions, and he was replaced by backups Josh Rosen and Feleipe Franks for the final two minutes of the game. Both Rosen and Franks threw interceptions on their lone possessions. It's just the second shutout loss of Ryan's 14-year career, and he remains winless against New England. The Falcons were without versatile running back Cordarrelle Patterson, who sat out because of a sprained ankle. Notable Stats Mac Jones, QB, NE: 22-of-26 for 207 yards, 1 TD, 1 INT Nelson Agholor, WR, NE: 5 receptions, 40 yards, 1 TD Kyle Van Noy, LB, NE: 8 tackles, 2 sacks, 35-yard INT return for TD Matt Ryan, QB, ATL: 19-of-28 for 153 yards, 2 INT Mac Jones' Efficiency Leads to Victory Jones' numbers Thursday don't pop off the page, but his efficiency is what was most impressive. He finished the first half with just one incompletion and spread the ball around to multiple receivers. The dink-and-dunk nature of the Patriots passing attack might be boring, but the safe game plan worked wonders for Jones. He ran into trouble when he tried to throw downfield into traffic. The New England offense is conservative, but it has proved to be hard to stop. In addition to Jones' efficient night, the Patriots ran the ball 30 times for 134 yards to control the line of scrimmage. A balanced attack seems to be the winning formula for New England. With the defense clicking on all cylinders, it takes a ton of pressure off of Jones and the offense. The Patriots look to be a legitimate contender in the AFC despite having a rookie quarterback. Falcons Offensive Line Struggles Against Patriots Pass Rush It wasn't the Falcons' night, which might have been foreshadowed by the three-hour, 28-minute partial lunar eclipse set for Thursday night. No, seriously, it's the last time we'll see a partial lunar eclipse of that length for 648 years. Atlanta's offense struggled throughout Thursday's game, mostly thanks to an abysmal performance by the offensive line. Ryan was under duress the entire night. The rare times that the Falcons offense got any momentum going, an ill-timed sack put an end to it. Midway through the second quarter, Atlanta drove down into the red zone, but Ryan was sacked by Van Noy for a big loss. Younghoe Koo then missed the 50-yard field-goal attempt. Matthew Judon, the Patriots' prized free-agent signing this offseason, got in on the action to set a new career high with 10.5 sacks this season. Right tackle Kaleb McGary struggled to keep him contained all night. After A.J. Terrell's interception gave Atlanta some life midway through the third quarter, the Atlanta offense stalled with a turnover on downs. The Falcons needed one yard to move the chains and came away empty, as the offensive line couldn't get a push on third or fourth down. Ryan was visibly frustrated and yelled at his teammates on the sideline. The 36-year-old veteran later floated an ill-advised pass while under pressure that got picked off by Devin McCourty. The Falcons tried to adjust by playing uptempo and getting the ball out quickly, but it didn't help. Thanks to the offensive-line woes, Atlanta averaged just 3.2 yards per play. Ryan took four sacks and 12 quarterback hits on 32 dropbacks. The Falcons will have to shore up their protection if they hope to avoid another lost season. Patterson's eventual return will help open up the offense, but things won't change if the team gets bullied in the trenches like it did Thursday. Atlanta is on the verge of missing the playoffs for the fourth straight year. 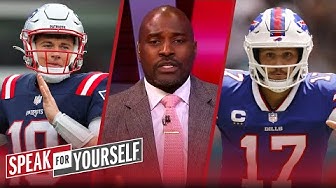 Marcellus Wiley warns the Bills ahead of matchup vs. Patriots | NFL | SPEAK FOR YOURSELF 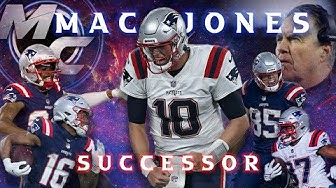 Wiley and Bucky Brooks "bold predictions" Patriots vs Bill Week 13 -Who win? | Speak For Yourself 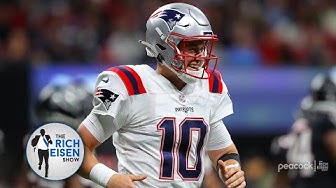 “The Patriots are Back! - Rich Eisen on New England’s Impressive TNF Shutout of the Atlanta Falcons 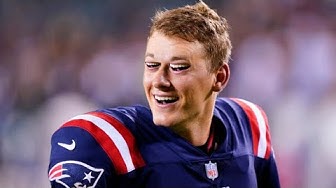 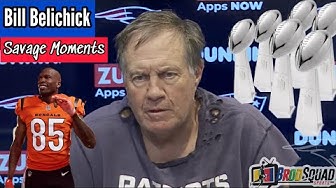 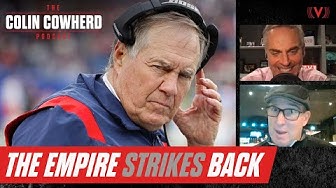 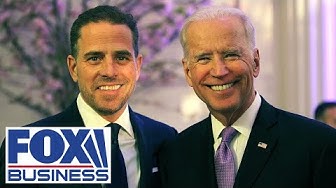 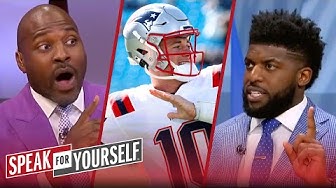 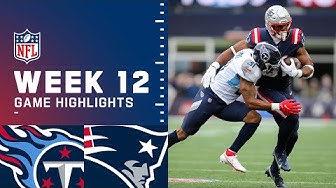 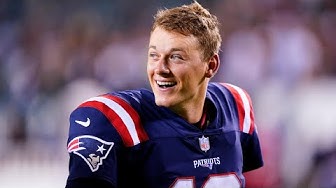 People underestimating how right the Patriots were drafting Mac Jones